Blast your speakers before you play this.

Best if your boss is talking in front of you.

Best if you’re in a complicated relationship.

Enjoy: ‘Wake’ up by The Arcade Fire, from the album ‘Funeral’.

Makes you wanna rock it in a rock band huh?

The ship is sinking and there’s not enough lifebuoys.

The titanic sank, even though thousands believed that it was unsinkable, but too bad they saw the iceberg late.

There wasn’t any iceberg at Goodison park but a similar kind of sinking feeling reeks.

Everton thrashed, humbled, massacred, guillotined, outplayed, outwitted, outhungered, and defeated Liverpool, and is in 11th place instead of 18th, after lashing two goals past hapless Reina and Co.

I wrote  a piece on Roy Hodgson’s post-match wrap-ups, and I’m not impressed that he’s taking a nonchalant attitude towards it.

It’s like when your child barely passing his exams and you say “Not bad, good job.”

And when someone points out that he nearly fails, you deflect the blame from you saying you have no idea how it happened and that he should have performed better.

Wouldn’t a better reaction be to accept your failures or shortcomings as a parent or guiding mentor and then taking actions to make things better?

Bloody hell, that child needs protection, guidance and leadership and all it gets is “He should have done better” ?

Dear Roy, if accumulating losses equates to “my team’s best performance and we did well” then Liverpool FC is in dire need of a more ambitious manager.

Why the hell did they sack Rafa, who so happens to lead his team at the top of Serie A currently?

Bring Rafa (Or Dalglish) back, or at least his winning ways, otherwise I see a Red ship that’s sinking slowly, and nothing is being done about it.

Tell me, what do you do with an architect that designs poorly, an engineer that constructs with his angles mistaken or a surgeon that operates the wrong areas?

I’ll get real, that the ship is sinking, but the lifebuoys and lifeboats aren’t even being prepared for deployment.

I really hate to say this: Congrats Everton, the better team won. and will probably stay up.

To him we all belong and to him we will return.

I’m not Arabic, nor pious, but it’s not that hard to understand what the Arabic words “Inna lillahi wa inna ilayhi raji’oon” means, and it’s a phrase that Muslims say whenever news of a passing reaches their ears.

It’s a phrase that I’ve heard aplenty and murmured at the passing a a loved one, and it strikes you hard, for it reminds you that life is a privilege.

Life is a gift, an opportunity or a present that we’re fortunate to have, but sometimes it’s taken away from you and there’s really nothing you can do, but grief and recover.

Ellya, my poly classmate, whom I have fond memories of as a cheerful and energetic girl, happened to be the daughter of one of Singapore’s footballing icon in the early 70s, Dollah Kassim or affectionately known as the ‘Gelek King’.

He passed away this morning, after suffering a heart attack during an exhibition soccer game, while the wake was held at Sultan Mosque and the burial proceeded later on in the day, and though I couldn’t make it to offer my condolences in person, I wish her family and herself great care.

If there’s one thing I may wish to say to a grieving family, it is to grieve as you wish and to cry as you should, and while I will adviose to be strong and to keep moving on, go ahead and cry your hearts out.

Inna lillahi wa inna ilayhi raji’oon — To him we all belong; and to him we will return. 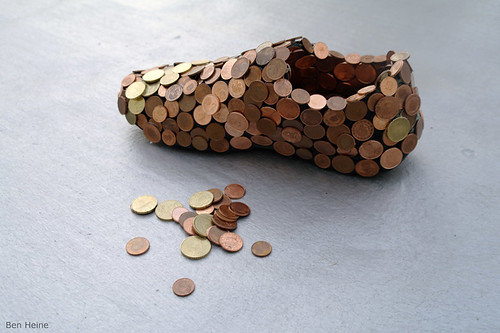 Don’t we all lament on the predicaments, or curveballs, that life throws our way?

Always, only two things will result from this.

1) They choose to add colourful verbal adjectives to match their predicaments and continuously rack up the ‘bad luck’..

2) They choose to work real hard to change their fortunes, come what may.

Out of 10 persons that I know, perhaps as many as 1 person chose to change their own fortunes.

To their credit, they’re always happier, not just with themselves, but also with their surrounding environment and situation.

It’s not that hard to recognise them, cos in fact, you’re naturally drawn to them.

These are the ones who accept any inadequacies that they have, and work on their strengths and live life knowing how lucky they are to be born into this world.

What happened to the other 9, that feels that they’re consistently unlucky, that they wish they’re born into a rich family or something like that?

Or perhaps wishing that they’re born to another family, in another time, in another place.

One of the statement, we can’t choose, but the other we can choose to embrace its intent.

I’m bloody lucky to be born, so what about you — which shoe do you choose to walk with?

All good things come to an end, but pecan pies last forever.

I met my first love back when I was working in a bakery shop, juggling freshman year, footballing commitments and my newfound addiction to gaming.

Though I’m no longer a freshman, I’m still committed to my football and the gaming addiction continues, but most importantly: my first love has always remained.

The love for Pecan Cinnamon Rolls, or Pecan Rolls.

Just reminiscing it, brings back memories of that sweetly burnt wafts as you open the oven doors to fetch the rolls of perfectly risen Pecan Cinnamon pastries.

The crunchy texture and crispy outer layers, fresh and hot from the oven is the universe’s only Wonder Of The World to any tastebuds — unless of course you’re sickly allergic to nuts, of which in that case, too bad.

I used to work in a bakery shoppe (St Cinnamon) and the best tasting, fastest moving and most expensive item on the menulist has always been Pecan Roll, with it’s excessively juicy and sweet smelling goodness all rolled into one succulent, opulent and permanent joy.

Yummy, and I was always the one who made it known to everyone that the Pecan Roll is mine at the end of the day, in case there’s any leftover when we close shop.

There never was any leftover, and I’d be left yearning for just one more bite.

And I’m still yearning all these while, as the pastry company has since folded and I’ve yet to meet it’s match among the many banquet spreads I’ve been to.

However if you’re like me, and feels the need to heed the yearning, The Pioneer Woman has a great recipe for you (or your loved ones) to succumb to.

Check out her Pecan Pie recipe from her blog (oh and she’s an excellent story-teller-cum-photographer as well!).

A Pecan Pie may not be a replacement for my Pecan Rolls, but I’ll have to accept it and move on eh?

I guess all good things, especially Pecan Rolls, do come to an end huh?

Now, if only I knew how to half bake food without reinventing the ways fire can be ignited and spread uncontrollably within a kitchen.

If you’re like me, where you’re not smart, not talented, not skilled, not gifted, not attractive, not blessed and you wish to change your derailing fortunes, well then try doing this:

Does being talented, skilled or gifted means being born with it, or does it mean putting in a few more hours of extra practice rounds in doing what you do?

And this begs the questions..

Did you do things right?

Or is it, have you done the right things?

Your ideal job is just a bridge away.

Krystn, A blogger I stumbled upon recently had issues with finding a job.

My sister, cousins and friends, well they all had issues with finding a job, just like you, me and everybody else.

The issue is actually not so much of landing a job, but landing one that you feel suits you best.

Nobody is spared the hassle nor the torture of finding that ideal job, and it’s heart-breakingly true when I say that the ideal job will not land itself on our doorstep or window panes as we open them up to let the Sunday morning sun shine through.

I’ve come to an agreement, after years of debating with myself that it’s never the academics achievement that will truly land you the job that your heart desires.

Simply because your heart doesn’t know what it truly desires until it has experienced it for itself, and just for the records, if I had 10 children, I do wish that they would all be able to grab a hotseat at a University and fulfil, as much as possible, their academics opportunities.

Of course should they fail so, I would gladly point out to them that academics isn’t everything.

With no disrespect to Professor Randy Pausch, he was originally declined admission into his desired University based on their judgements of his academics performance, but thanks to a very passionate mentor of his, who had a very good friend inside that University, he was given a second look — and not only did he went on to become a professor for that University, he kickstarted a movement, got an official day and achieved numerous childhood dreams.

It’s not always  a case of WHAT you know, but rather of WHO you know, and Professor Randy Pausch knew the right people at the right time, as he amassed bridges while accelerating through life.

So what do you do if you find yourself languishing feebly in the search for that ideal job?

Well, if Professor Randy Pausch is of any esteemed benchmark, stop kicking yourself, get out there, get things done and start building lifebridges, a term which I don’t even know exist or not but hey it’s pretty much self-explanatory.

Continuously be on the lookout for new lifebridges, mend and maintain existing ones while don’t ever leave any burning, because you’ll never know which one might just lead you to that ideal job you’ve been looking for.

Anyway, if it so happens that your ideal job miraculously landed on your doorsteps-slash-window pane, I’d so love to know of it.