How To Make A Difference In Your Life And Hopefully The People Around You. 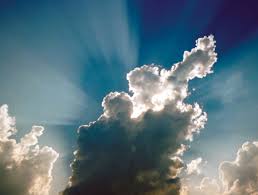 It takes a lot of soul searching and mind humbling before I realised that there is definitely a surefire way to make a BIG difference in my life at this moment, and as the title post suggest, the people around me as well.

In fact, I may even get blasted for telling you something that is so absurdly cliche and in-your-face that you’re probably not going to buy it at all. Oh really?

A few months back, while going through through NS, I had a sense of authority over my men, but it wasn’t because of my rank, as I never pulled rank. I realised that it was something that I did instead that made them listen to me and react to me.  It’s so simple that looking retrospectively at my current limbo-like situation at the office, and how I’m being made to feel all neglected and unimportant, I think I realise what I have to do to change all that.

It’s not a drastic change really, but in fact it’s been something that I’ve been doing all this while, and it’s something that I’ve lived by ever since we founded the company (which I’ve been contemplating of leaving for the past month or so), and these few months I’ve been channeling that energy instead solely towards other ventures instead, and no it’s not a bad thing per se, but things would’ve turned out better if I had distributed it evenly.

So what am I talking about? Well.. it’s about a gift. It’s a gift that everyone’s born with and given away ever since they were a child, but sadly it’s something that’s been forgotten as they grow older, and start scrimping selfishly. The gift is in giving away.

What the hell am I talking about la??? What gift is giving away? So what did I do during NS, or during the founding days of the company that could possibly be the catalyst to initiate a BIG difference in anyone’s life?

I’m talking about giving your help and attention. Not just giving as in passing something nonchalantly but rather giving as in giving in a non-indebtedness manner, and not just to the people you love, but to anyone. Yes, anyone, that’s deserving of course.

Will it work? Hell yes.

During NS, I gave away advice unconditionally, gave considerable care, concern and respect, helped the guys adapt with training life, where in return they reciprocated just as much, and never once did I have to face any difficulties or awkward moments. There were lots of mutual understandings and trust was aplenty. The end result? We excelled in our exercises and we had fun doing it too! By helping them without asking for anthing, they helped me in return, without asking too.

During my stint with my previous company, I worked my socks off days, nights and whatever it is that you call the period after midnight and before dawn. I never asked for anything explicitly like a payrise or bonus for my help, but I often got renumerated well, much better than I’d anticipated. Did it pay off? Yeap, of course, where all the hard work manifested itself in the founding of the new company.

When we first started out, we’d work for days without holidays, not even on Sundays or PHs, but we thoroughly enjoyed working together. We’d do things we never though possible and we’d reach lots of goals within a short period of time. We gave plenty of sacrifice and it’s seen today as an established, trusted infant company in the industry. In a way, by helping each other, we were really helping ourselves.

Back then, I remember giving help without asking for anything, and it felt good. Back then, it was never a chore to wake myself for work and never did I have to drag myself to the office, unlike lately where I’ve been trying to procrastinate my waking hour instead. Do I actually need help?

Of course I needed help, and I don’t deny that, but at the very least I realise that before I help myself, I needed to help the guys at work. Instead of being such a pain in the ass by coming late and going home early, I ought to be less of a problem and more of an asset instead.

Back then had I been concious of my salary or workrate, then I’d probably would have jumped ship and perhaps missed the opportunity of being the founders of a new company.

Back then had I been authoritarian and demanding during NS, I’m pretty sure I’d earn more wrath than respect from my fellow comrades. Retrack to the past month or so, especially during Hari Raya, I realise that I might have been a little more than harbouring selfish thoughts, like why should I stayback in the office and help with print and  production when I’m actually part of the sales and design team? I vividly recall being a little bit selfish by drawing lines, which I didn’t really enjoy, like ‘This work is mine, that work is yours’. It really wasn’t me, and I ended up feeling all lousy and overworked. I suppose I was a little frustrated by the lack of cashflow (did a month of NS, so no commision, followed by Hari Raya preps expenses, expenses and expenses!) and that bothered me a lot.

I kept asking myself questions like ‘why should I be slavering myself away at the office when there’s so much things that could be done elsewhere’? Annoying worries like ‘when will I get what I deserve?’ got stuck in my head. For the first time, I was questioning myself, limiting my generosity and feeling all lousy and desolated, but I think I’m starting to rethink everything all over again now.

Back to the current limbo-like situation at work, I realise that had I helped others first before asking why I’m not getting any, I would probably be feeling much better than I am at the moment. Sure doubts and questions linger and it gets to a point where you start asking yourself, until when then?

Good question, then I realised quietly today that if I stop giving away today, will anything ever arrive in my way?

Gotta keep telling to self: Be the difference in other’s life, give unconditionally, help without asking, and you’ll reap rewards much bigger than monetary credit and far more valuable than any gold or silver. Continue working hard. Stop and you’ll throw it all away. I guess I’ll definitely have to rethink about resigning and leave my team in the lurch. They need me, as much as I need them. Here’s to hoping for brighter days (AND BETTER COMMUNICATION, heh..). Sure I need more moolahs, but who doesn’t? Moolahs aren’t everything in this world, though it pays for a lot of things and is good to have, but that’s it. They’re all materials, and over time, we lose ’em materials. But there are things in this world which we’ll never lose, so before I help myself, I have to help others first.